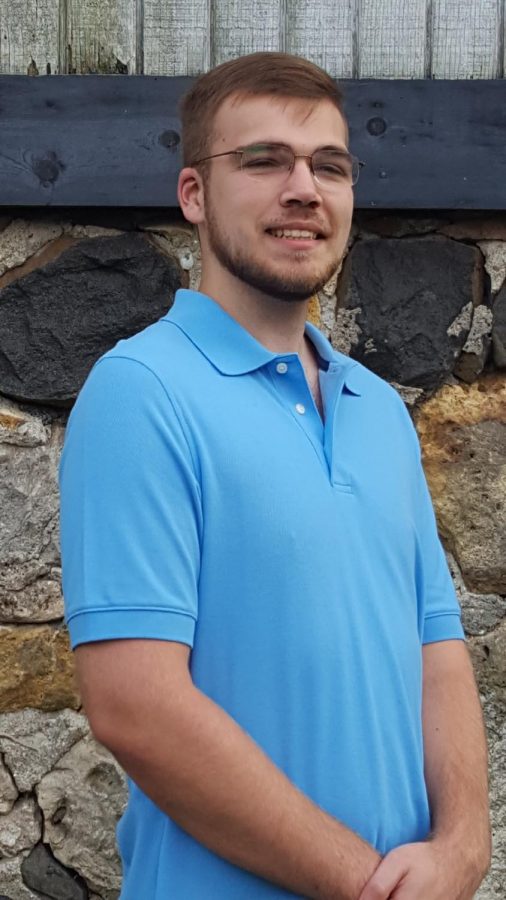 Among the new faces at Albert Lea High School is Mr. Brian Snavely. Known to his students as Mr. Snavely or Mr. S, he teaches the incoming eighth-graders Algebra.

Though he was born a few hours southeast of Albert Lea, in Wildwood, IL, Snavely chose to attend college in Minnesota. He earned his degree in mathematics at St. Olaf College in Northfield, Minn. Even before he majored in it, math was a passion of his.

“My favorite subject in school was math because I liked how it worked,” Snavely said. “I liked there being a right answer but often many ways to get to the solution.”

In high school, Snavely was a player on the baseball team. Now that he has found his way to Albert Lea, he hopes to assist the Tiger baseball team in the spring. He also enjoys watching sports in his free time.

I am a pretty big sports person,” Snavely said. “I follow the Chicago sports mostly, especially the Cubs.”

As a teacher, Snavely loves to solve math problems, but he wants to teach students more than just solving equations.

“I think that the most valuable thing you can teach a student is problem-solving because, regardless of where you go or [what you] do after school, there will be problems that will need to [be] solved,” he said.

Snavely also encourages students to step out of their comfort zones and try things that they don’t often do.

“My advice for anyone is to experience as many new things as possible,” he said. “It can be something small like trying a new kind of cheese, or something like traveling to a new place, or trying out a new activity.”

Snavely understands the importance of experiencing new things in part because of the month he spent abroad in Budapest, Hungary. Someday, he would like to travel there again and try “as much new food” as he could.