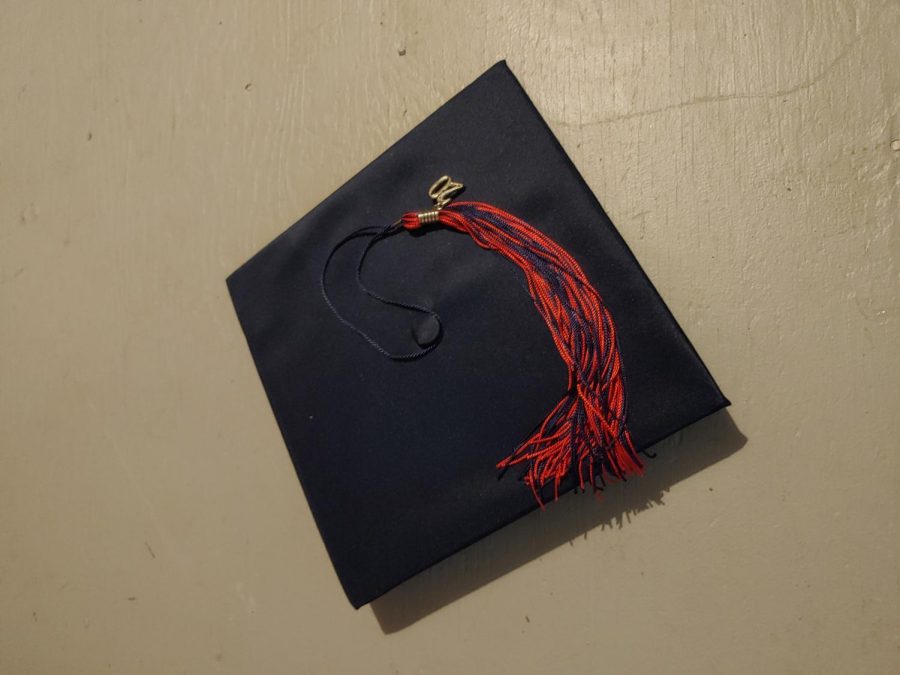 The End of Senior Year

At the end of a school year we usually see commencement, graduation parties, seniors walking the halls with the drumline shouting “We did it”. For the class of 2020, some of those once in a lifetime moments won’t happen.

On April 20, the Albert Lea School Board made the decision to postpone commencement for the class of 2020 to July 24. Announcing this the next morning, many seniors had mixed feelings about it. Some were happy about still having a ceremony, while others weren’t about it being so late in the summer.

“I’m glad we are still going to have it,” said senior Bailey Vinge. “Hopefully since we are having it in July it will be in the gym with AC. I just don’t want it to be changed again for weather reasons.”

“Well, it sucks to be honest,” said senior Jaden Anderson. “Doing online school has been one of the hardest things I have had to overcome. I miss all my teachers and friends.”

Seniors have to come up with new ways to celebrate the end of their senior year. Many plan to have their graduation parties/open houses later in the summer hoping the regulations on large gatherings will be lifted over the next few months. Others plan on having  them in a few weeks before or after the commencement ceremony on July 24. A few seniors plan to not have a grad party due to time complications.

“I feel upset because I had it all planned out,” said senior Lorenz Moreno. “Then having to change the date to later was stressful for sure.”

On May 8,The Minnesota Department of Education officially banned graduation ceremonies, both indoor and outdoor. This decision was made after the Albert Lea Area Schools school board moved the date of commencement to July 24. District 241 has not made an alternate announcement.

Even if all of the seniors’ moments are cancelled or postponed, the class of 2020 has been one of a kind.