The Buzz on Caffeine 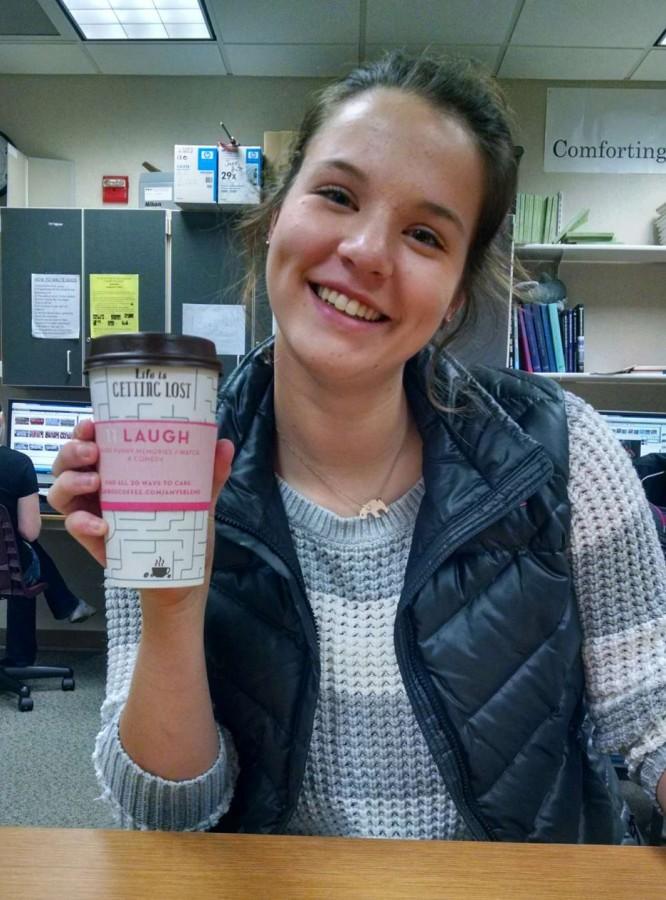 The word in itself may conjure up memories of a certain Hawthorne fourth-grade teacher who drank coffee like there was no tomorrow, or maybe the word caffeine evokes thoughts of the crack of a can as an ice-cold soda is opened on a scorching hot day.

Many people drink beverages with caffeine. It is clear to see, just take a look at the students and staff of ALHS in the morning. They can be spotted with coffee, Mountain Dew and energy drinks.

Caffeine is a central nervous stimulant, which means it causes an increase in alertness and attention span. It can be found in beverages such as tea, coffee, soda, energy drinks, and in foods such as chocolate.

When used in healthy amounts, caffeine can deliver effects such as energy to get through the morning, or perhaps to pull an all-nighter the night before a large assignment is due.

According to the Mayo Clinic, adults should only drink 400 milligrams (mg) of caffeine per day. Adolescents however should limit themselves to no more than 100 mg per day, and it is recommended that children avoid caffeine. To put that into perspective, a medium iced campfire mocha from Caribou Coffee contains 270 mg of caffeine, almost three times the recommended amount for adolescents.

Short-term effects of drinking too much caffeine can include insomnia, heart palpitations, muscle tremors and restlessness. Long-term effects include dehydration, headaches, and even addiction.

Megan Vogt, a junior at ALHS knows what it’s like to be a caffeine addict. Ever Since she began her job at Caribou Coffee, she has gone from enjoying the occasional cup of coffee to drinking coffee once a day. This habit came from all the drinks she had to test when she works as well as the discount she receives from being an employee. Vogt consumes coffee for the taste since caffeine doesn’t have as much of an effect on her compared to others. As a Caribou employee, Vogt sees children around ten drinking caffeinated beverages such as their Coolers.

“I don’t think they realize how much coffee is actually in those.” Vogt commented.

She compares the coffee content in a large cooler to that of a small coffee, which is quite a bit for kids in Vogt’s eyes.

A staff member notorious for her caffeine habits is Spanish teacher, Rebecca Serfling. While Serfling doesn’t believe her caffeine habits are a bad thing, her students say otherwise. Her students know that Monster is not good for the body, but Serfling believes people are a little too hyped up on how bad it is; she compares it to eating highly processed McDonald’s — not good for you — but fine in small amounts.

Serfling has been drinking approximately one cup of Monster three times per week on average for one year. The caffeine gives her the energy and the focus she needs to teach Spanish, a class that can be difficult for some to understand.

“It can be hard to stay focused with everything that is happening,” Serfling noted.

As a high school student Serfling never drank caffeinated beverages; she gave up pop during freshman year for swimming and found she was good without it.

Junior Callie Hanson finds caffeine to be a part of her life. Hanson visits Caribou for an iced campfire mocha or any other iced beverage twice a week at least. Like Serfling, Hanson enjoys the energized feeling from caffeine, but not when it keeps her up at night. When that happens, she tends to reach for more coffee the next morning to counteract the lack of sleep.

Habits like this can form a vicious cycle of caffeine dependency that is difficult to break, but it is possible. Taking steps, such as slowly decreasing caffeine intake or switching to decaf, can rein in an uncontrollable addiction.